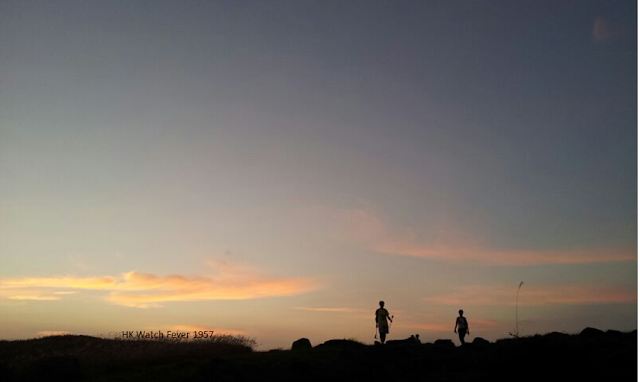 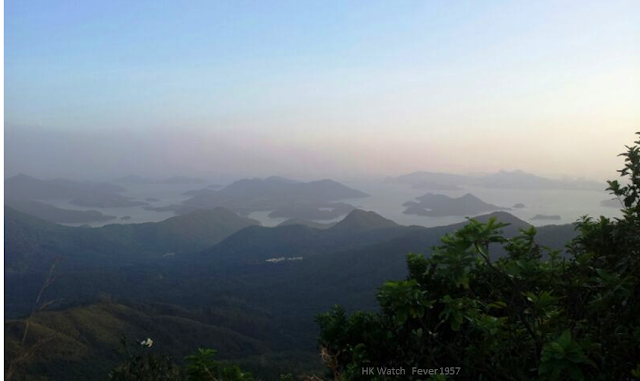 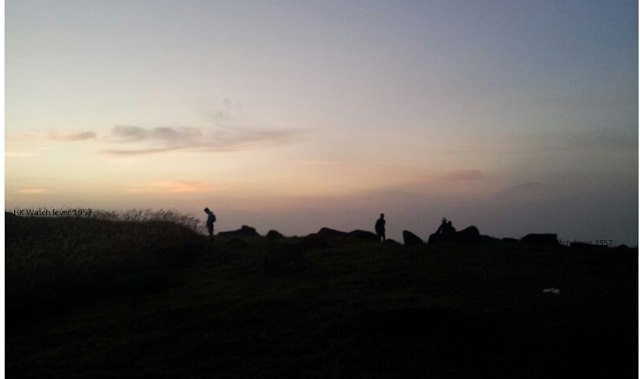 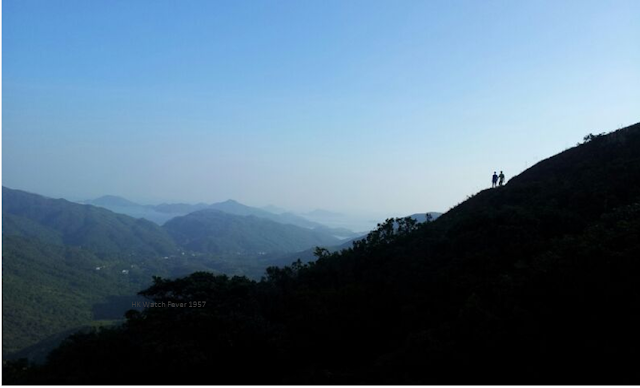 Trail Walker starts at 0900 15 Nov, Friday, a torture to your joints, knees, toes, and spirit until you can not move on... well. every year people try to demonstrate that he can, but I find that such 100Km in fact is not healthy to your body. After the 100Km continuous walk, you have to take more potient and likely sleep well for the next 60 days to recover, or your liver will not be good at all.

This is the picture our team mates took for me.... this is beautiful pictures, aren't them!?
HK Snob
Posted by HK Snob at 3:23 AM 1 comment:

After almost two months no Hiking, I almost passed out today whilst I was trying to claw up th Needle Hill!

But afterall, I felt great as I think this is the only way I could remove my fat at my belly!
HK Snob 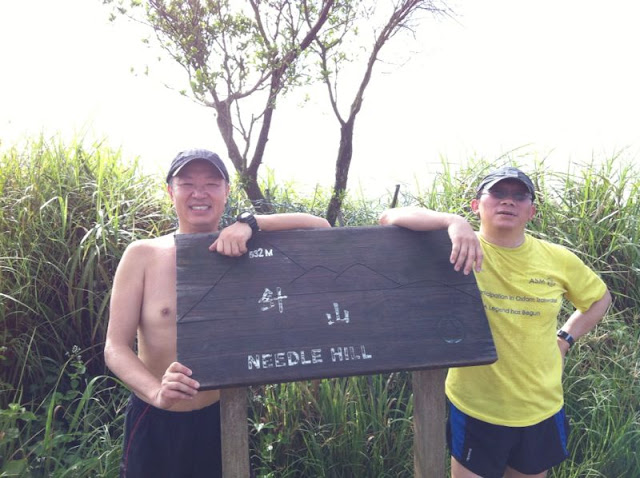 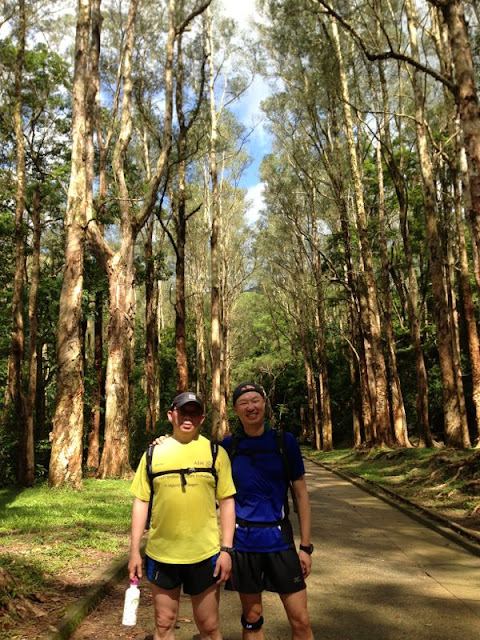 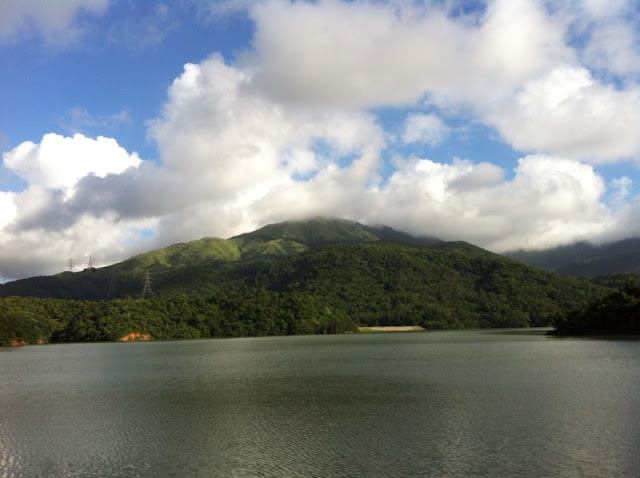 This is a amazing picture that we could see in HKIA, everytime I pass by, Everytime I think of what I have done in the past ten years walking up the hills,  and the higher we walk, the smaller I think I would be...
When people get aged, all these hiking memories will be some kind of bed time stories to our kids, if they are willing to listen to.. or will be just the lost memorries of our own loneliness.
HK Snob 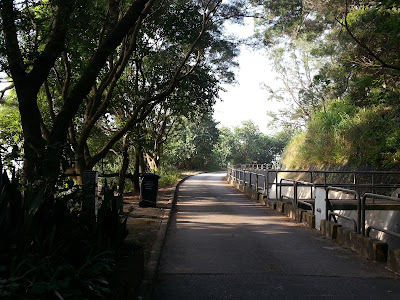 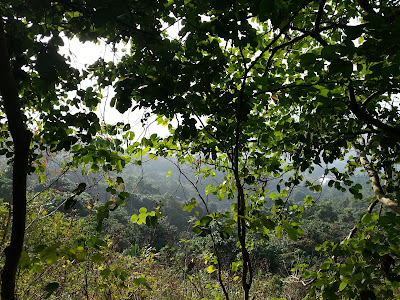 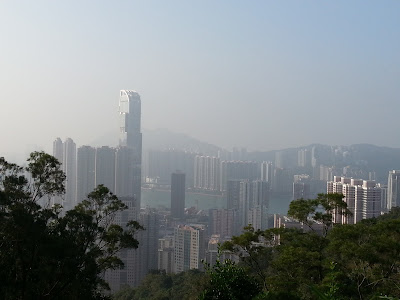 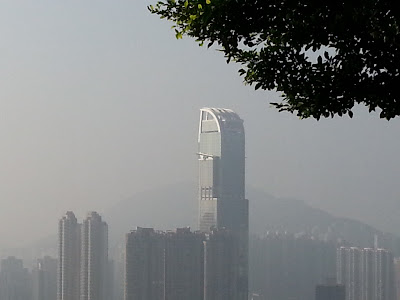 This is supposed to be doomsday, end of the world, but seems assofar, there is nothing happens, I decided to walk up the Foo Yung Shan with three colleagues. Since I had not been trained three weeks, my muscle was so tight and stiff, I finally hurt my legs, I was almost unable to walk down the hill without assistance!
What a shame, as one that is claim to be fast running down hill, this story tells me.... if you do not practice, ou will be nothing!
HK Snob
Posted by HK Snob at 8:28 AM No comments:

Most Beautiful Trails of HK 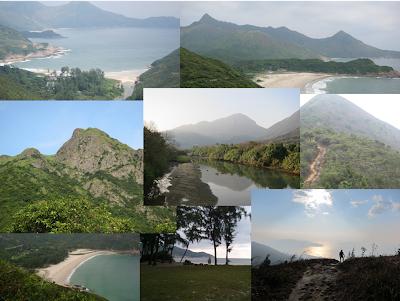 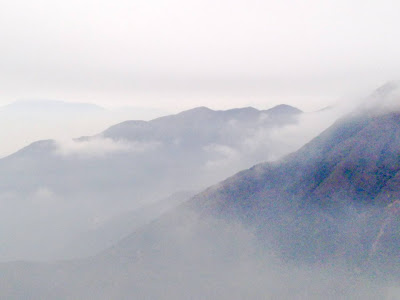 There are many beautiful hiking trails in HK, namely Sunset Hill, Wang Lung Hang, Ngong Ping, Pheonix Hill, Fun Lau and Pak Kung Au at Lantao.
And Long Ke, Sai Shan, Snake Peak, Pak Tam Au at Sai Kung. Try to walk and enjoy those trails with your friends, and or beloved ones.
HK Snob
Posted by HK Snob at 8:18 AM No comments: 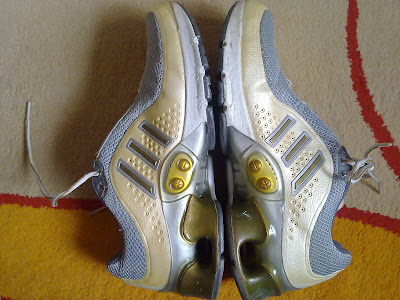 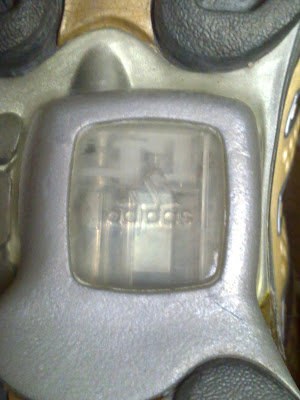 The Adidas 1 was a running shoe made by Adidas, introduced in early 2005. It is the first general consumer sneaker to incorporate a computer. The shoe suffered reliability issues with many being sent back for repair, which initiated the introduction of an improved generation shortly after the release of the original shoes, which was called Intelligence Level 1.1. Problems remained, sales dropped rapidly, and the shoe was discontinued in mid 2006. This was my pair I bought in in 2005 with RMB2,600 which meant that I bought it in China, as there was no stock in HK. I have been using it for Hiking and I found the design is OK, and quite comfortable to wear with a good grip on down hill, but I always worry about rains as it seems the battery compartment is not water tight.. My one is still functions normally. HK Snob
Posted by HK Snob at 8:22 AM No comments: 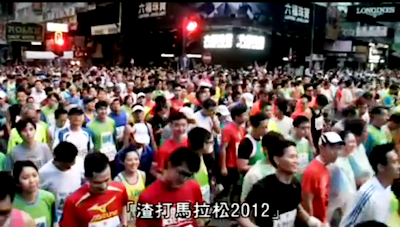 Again there is one young man ended up his life dead after Half Marathon event was completed. Plus other one man and one young lady were in serious condition and were hospitalized. The casualty is a Clerk in a Construction Company. The 25 man Mok who was in fact found to use his friend Wong’s information to run as Mr. Wong was busy working in Shenzhen and had no time to participate. Insurance Company will not pay anything to this Mr. Wong as he is not because of the third party’ ignorance causing this accident. He hurts because of his personal reason like lacking of preparation or rehearsal before the event. This isn’t the first time, I remember that there were two cases of death in 2007 whereby may be one of the reason of bad weather was the causes, all cases are those people who found to be death after they completed their target,
That is a purely the Mindset has a strong will to over control the physical body which is not strong enough to maintain to be functional.
Most of the cases were they are not having enough training and warm up before the event.
A Marathon will consume a lot of energy and most of the case their Cardiac condition has to be able to sustain the event.
I have an acute stoppage of my heart when I had a very extreme Push for my body going up hill at high speed, luckily I did not push further or I will not be here to talk about Marathon, young man sometimes may over estimate their physical condition...
Hope that this is the last time to have this unluckily event and hope that all participants did not underestimate the physcal condition of the body.
Think carefully and consult your family doctor when you participant Standard Chartered Marathon 2013.
Hope that this is the last case and everyone can enjoy Marathon in 2013.
HK Snob
Posted by HK Snob at 8:34 AM No comments: 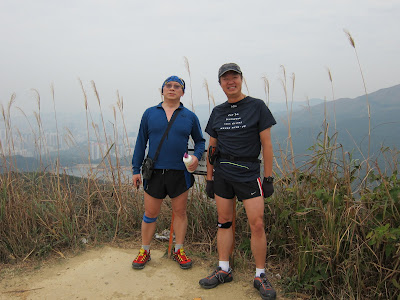 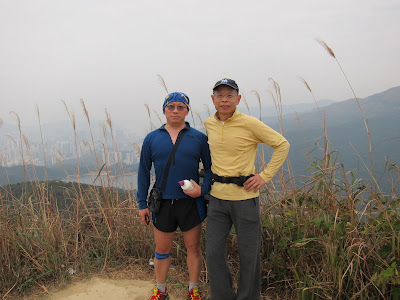 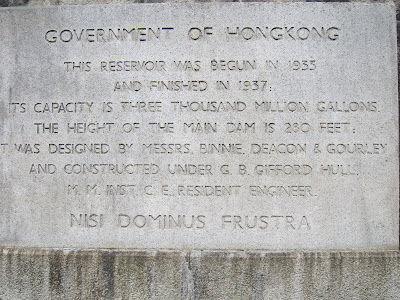 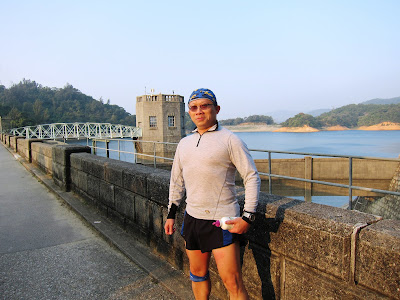 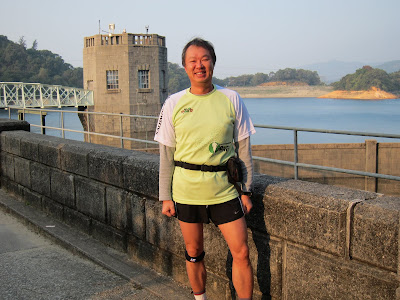 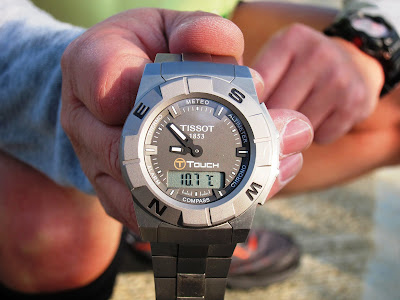 This is another Hiking at temperature of 9-11 Deg Cup Needle Hill, my record was 35 Minutes this time. My best record was 30 minutes in that I had grasped the best I could in 2005. Of course I was not pushing myself up hill as this is the first time I started again Hiking after TW2011. 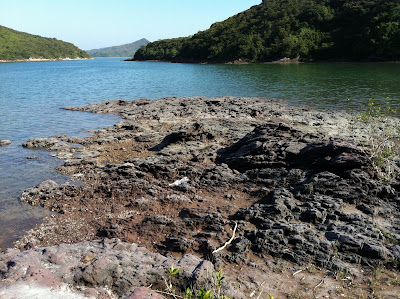 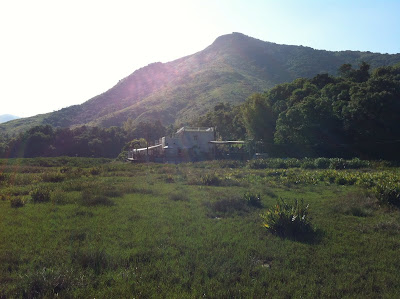 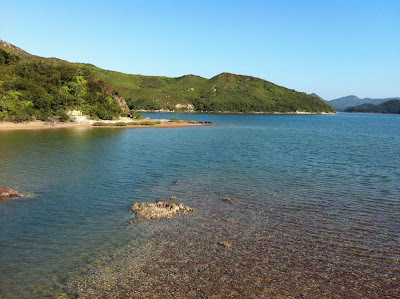 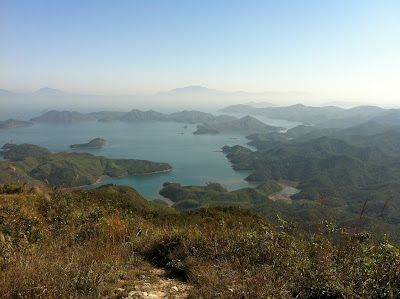 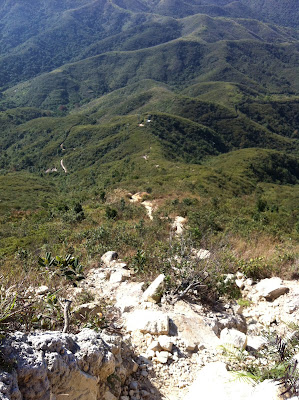 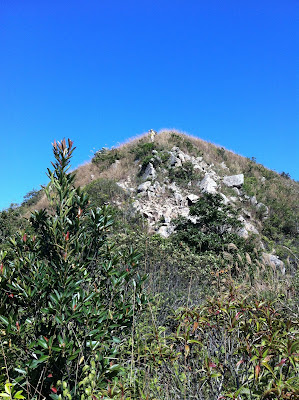 Tiang Tang Lung means Hang Lattern, where the shape of the hill is looking like a Big Hanging Lattern, not easy to climb up. But you could experience the Magnificient view on top of it.
Tiang Tang Lung Snob
Posted by HK Snob at 6:58 AM No comments:

HK Snob
FAIR USE NOTICE: This blog may contain copyrighted (©) material that has not always been specifically authorized by the copyright owner. Such material is made available to advance understanding of ecological, political, human rights, economic, democracy, scientific, moral, ethical, and social justice issues, etc. It is believed that this constitutes a 'fair use' of any such copyrighted material as provided for in section 107 of the US Copyright Law. In accordance with Title 17 U.S.C. Section 107, this material is distributed without any profit to those who have expressed a prior general interest in receiving similar information for research and educational purposes.

8 Most Popular Posts in Past 30 Days